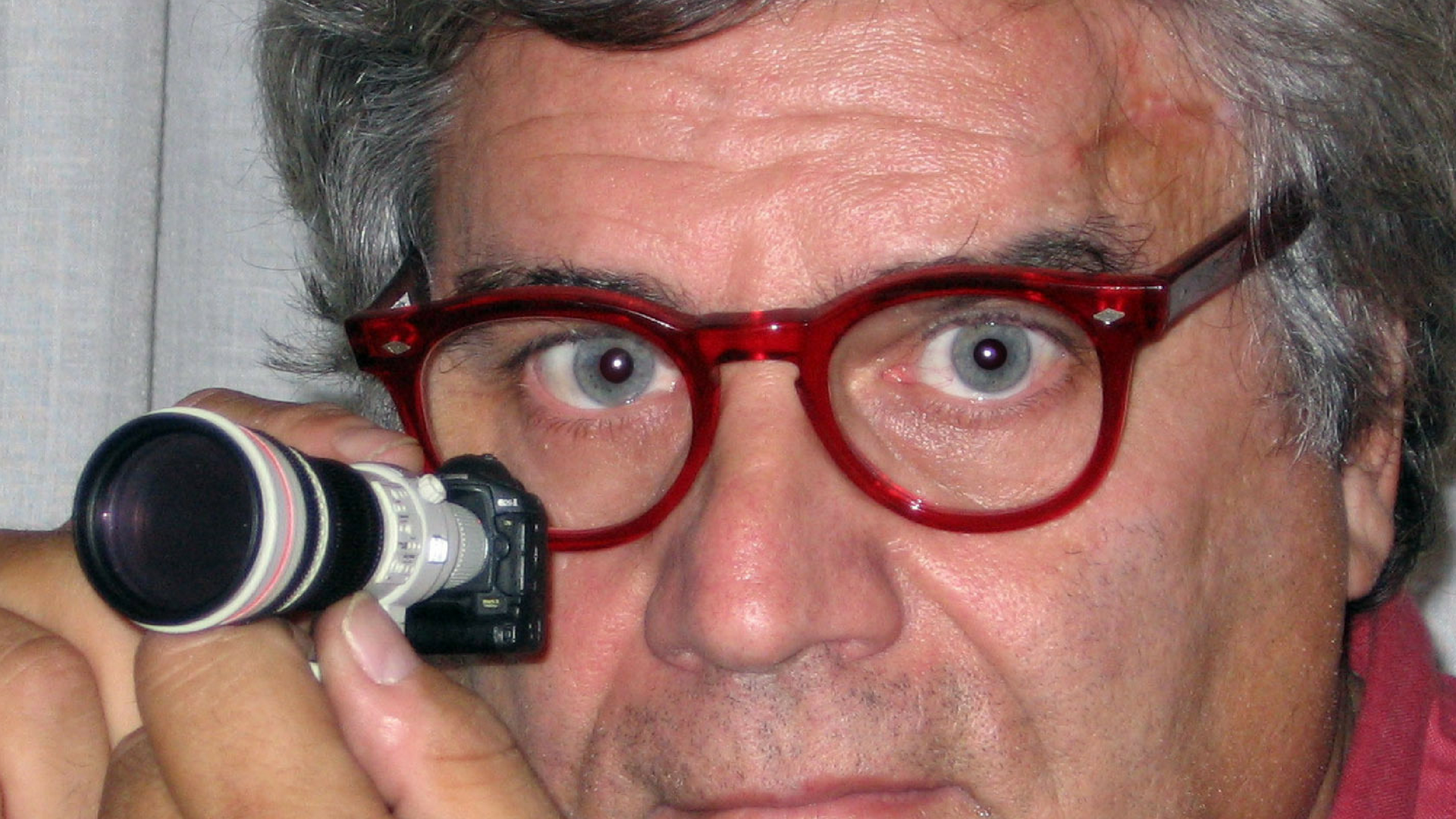 Massimo Lovati is an artist, photographer and communicator (journalist). Born in Genoa in 1948. At the earliest painter and graphic artist, Rocco Borella’s student, he joined the collective REC (Concrete Cosmetic Research) in 1976. In the same year, (Genoa), later founded with the other artists the Visual Production Center and set up workshops. He participated in various collective exhibitions of prestige including “Constructivism, Structuralism, Neoconcretism, New Painting” (Genova 1977). The same year, in May, in Monteghirfo, the installation: “Monolith, the occluded, reflected, photographed landscape”: seven photographs, in vertical sequence, repeat the times of a visual discovery of the landscape, moving from below. The landscape hidden from the surface of a panel / mirror is returned to the photograph on one side and retrieved in reflection on the other. In 1978 in Genoa: Action / Installation: “The monument as a support, the monument hiding” polemic and ironic re-activation of an “other” space, the monumental spur, architectural ambiguity that hides, under innocuous appearances, an exhaust vent . “Modular Structures” at Palazzetto Rosso (Genova 1978) and “Spazio Chromatico” at the Cassa di Risparmio di Genova e Imperia (Genoa 1979). He begins to experiment in photography: he changes the medium, or rather becomes a privileged medium, but does not change the artistic result. Black and white photography on the streets of Genoa capable of giving a true face to the “invisible”, the marginalized, the homeless, realized in this period, in addition to being resumed at the moment from the city’s newspapers are rhinitis published a few years later in a Minibook “The Disinherited” by the cultural association 1015. It is in 1981 the performance “Automanifestation and self-identification of the body” with the use of Polaroid. Also in 1981 the exhibition “Carene” (monochrome elaborations). In 1982: “Garibaldi faces looking at precarious double” (16 “stretch” graphics and a book in photocopies). In 1983, at the Municipal Theater of the Genoa Opera, the exhibition “San Giorgio and the Dragon, an irony of an absence” is set up: 9 black and white photo-graffiti, with the elimination of the media tones of the port of Genoa, Graphic insertion of the figure of a dragon.

In the same years he began his research on dynamism and as a logical consequence he came into contact with Sport, better with almost all sports. Two-way experimentation begins: likelihood and de-formation. The first takes him with the exasperated use of both wide-ranging and telephoto lenses to exalt the action, the athlete’s gesture at the Olympics, the World Championships of various sports and consequently to “innovate traditional sports photography” as he did to say at the time Franco Lefevre the famous Photoeditor of the weekly attached to Repubblica, named”Venerdi di Repubblica” The second leads him to reinterpret creatively, artistically the sh apes and colors of motion, and dynamism both during the shooting and processing (first chemistry then digital). . It operates on the side of communication and art in parallel until 2000, when it mainly focuses on the use of the photographic machine as a tool for making art.

Not just images inspired by sports: the traditional landscape and the urban landscape, the individual is interpreted photographically in a conceptual “dynamic” key. Many the exhibitions from the researches of all these years.

Here the most significant:

Numerous lithographs and photo prints in circulation of 100 or 150 copies, collected in edited folders for Entities, Companies or for exhibitions. Lately Lovati likes to print images on 10/15 specimens limited edition baritas in size from 50 cm x 70 cm up or in series of 100/150 copies in size 30 cm x 40 cm. His photo-graphs ( Foto – grafie) were used by Primo Canale Television and for the stage sets of the Primo Canale Sport studio.

His works are preserved in the following museums:

In the volume “The World of Communication” of the textbook for the two-year high school “Interpretation of the World” (edited by Leila Corsi, G.B. Palumbo Editore, 2001), a chapter was devoted to the section dedicated to photography. In dvd n ° 15 of the “Digital Photography Course in Dvd” of DeAgostini in newsstand in 2009 and subsequent re-releases, an interview in the Meetings section is shown. His photographs for posters, brochures, paper and web advertising for the Missing Film Festival 2010.

In 2004, Lovati received the National AWARD for Photography: Bancarella Sport. In 2004-2005 he has been working with the Degree Course in Motor Science, Faculty of Medicine and Surgery of Genoa. For several years he has been holding practical ,theoretical courses of photography, seminars and workshops for Schools, Higher Institutes, Entities, Associations, Companies, APhoto Shops, Professional and Amateur photographers . In the high School Liceo Cassini, Genoa, courses of photography from 1997 until 2016.

Let’s remember his workshop “Photographing the Movement, Interpreting the Movement” for Confartigianato, on November 13, 2011 at the Palazzo della Borsa of Genoa, its Photographic Projection Workshop, the Canon Photography Week in December 2011 in Milan. Workshops for Canon and CNA Pesaro dedicated to families on May 26-27, 2012, Seminar and Workshop. September 29, 2013 in the salon and in the vineyards of the Montesissa wine-growing company (Carpaneto di Piacenza) for Camera Service Milano ( Canon Official Center Assistence and Repair)